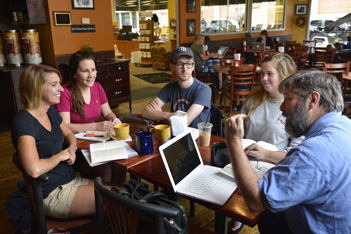 Theory Camp
I just completed a study of why people live where they do - how their class culture, ideology, and views of "the city" shape what kinds of neighborhoods they want to live in. In particular, I wanted to know why some people want to live in dense, walkable, mixed-use neighborhoods, while others prefer the car-based suburbs. This was published in 2019 as Between Bohemia and Suburbia: Boburbia in the USA, by Routledge.
​
I study happiness and community life.  I am particularly interested in how volunteering for community organizations both produces a happier society and produces happiness in those who volunteer. I am member of the Altruism, Morality, and Social Solidarity section of the American Sociological Association, for which I edited the newsletter.

Starting with my dissertation I have done a number of studies of the Presbyterian Church. I am a member of the Religion section of the ASA.

Before coming to Centre I worked in the U.S. Department of Education, in the Office of Research.  There I worked primarily on the educational role of families. I am a member of the Family section of the ASA.

In addition, I have a long-running interest in how social class affects how people actually live.  My approach owes the most to Pierre Bourdieu's Distinction: The Social Critique of the Judgment of Taste.

I run a Theory Camp each summer, in which a small group of students studies a hard text with me. Here is the most recent story.
Happiness and Morality

I have studied religious competition, especially in the Presbyterian Church (USA), since the 1980s.

My revised dissertation was published as Presbyterian Pluralism: Competition in a Protestant House (1997, University of Tennessee Press).

In 2003 I published two books with Geneva Press, Called to Teach:  The Vocation of the Presbyterian Educator, an edited volume with Duncan Ferguson based on a 2000 conference at Centre, and Leading From the Center:  Strengthening the Pillars of the Church.

I was ask to give the Willson-Gross Lectures at Union College (KY) on "The Clash of Civilizations and the Next Christendom" in 2004. 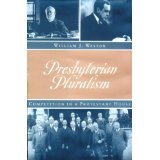 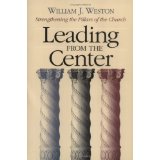 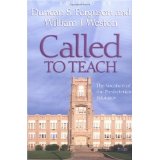 “The Power Elite and the Philadelphia Gentlemen: Arguing with Mills and Baltzell about How the Nation Is Led.” Society, Vol. 47, no. 2 (March/April 2010).